Western science and technology can now prove what mystics & healers have known for eons; sound vibrations are beneficial for our health. When we practice intentional listening under the guidance of the Sound Practitioner, it becomes a catalyst for meditation, relaxation and well-being. Sound Therapy can help us to self-regulate and rise above the invasive thoughts perturbing our clarity of mind, and blocking our ability understand, objectively, the situations in our lives.

The different Sound textures of the singing bowls, chimes, tuning forks, gongs, drums, rattles and the voice, allow us to bath in pure vibration without engaging our analytical mind. The vibrations calibrate our nervous system and dissolve blockages caused by stress, fear or sadness.

Sound Therapy is gentle and non-invasive, and yet strong and effective. Above all, it is not the Sound itself nor the Sound Instructor that heals, but the receiver that heals themself by allowing the sounds to penetrate their heart, mind, and body. We invite you to explore our programs and join us on this fascinating Sound journey. 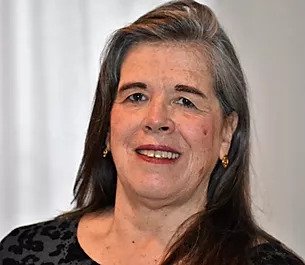 As a very young child, Alice demonstrated the ability to learn complex melodies by ear. Her parents, who were both startled and amazed, acquired a piano teacher from the Julliard School of Music when she was 4. During her childhood/youth, she played cello, guitar, harp, sang in choirs and studied classical piano for 12 years. The rich musical climate in southern New York State during those years exposed her to an innovative community of composers where her musical instincts flourished. When she was 17, she chose the flute and began to sing, in public, while traveling around the world. She dedicated many years to serving vulnerable communities in Europe, Argentina, and Colombia with an interdenominational faith-driven community. Throughout those years, she practiced a form of Music Therapy for traumatized youth. She also performed publicly and helped to arrange unedited compositions written by her Argentinian husband. Her foundation, Healing Colombia, has served 3000 vulnerable youth and distributed $3.000.000 worth of humanitarian aid to displaced families in Colombia, SA.

Convinced that successful language learning comes from direct interaction and listening rather than book-learning, she created a method for teaching English as a Second Language that relies strongly on using the ears, positioning the tongue and lips, and music. Her language academy, English Voices International, is still active in Bogota, Colombia.

In New York, Alice has been able to pursue her dreams by continuing her musical education at the Integrative Institute of Sound and Music - Open Center Manhattan, NY, where she graduated as a Sound Practitioner, and the Performance Wellness Program where she studied under the late Louise Montello, Founder of PW at the New School, Manhattan. Sound and Music Therapy have enriched the workshops Alice designed for drug and crime prevention, gender reconciliation, motivational and self-empowerment for youth, and mindfulness for all ages. She has two adult children and four wonderful granddaughters from Colombia. 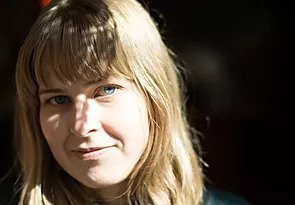 Cat Toren has a passion for everything sound! She is an award-winning pianist, composer, improviser, teacher and sound practitioner. She holds a Masters of Music in composition from the State University of New York and a certificate in Sound Healing from the Sage Academy of Sound Energy. Her music is described as “vibrant, earthy and spiritual” (UK Vibe), and noted for using “bold atmospheric abstraction and fluid melodies to mix deep human warmth with creative fire” (Coastal Jazz and Blues).

Cat’s latest record release, Cat Toren’s HUMAN KIND, features music stemming from the spiritual jazz tradition with the intention of bringing awareness to the current civil rights movement and promoting empathy and openness. It has sold copies worldwide, receiving critically acclaimed reviews. It is described as a “powerful recording” on The Best New Jazz on Bandcamp. The International Institute for Critical Studies in Improvisation asked Cat to be an artist speaker at the University of British Columbia Colloquium 2017. Her lecture, “Cat Toren’s HUMAN KIND: Music for Empathic Activism” was also published in the online creative arts journal “Nothing to Say”.

Cat’s compositions have been in short films, on television and premiered in various live settings. She has composed for ensembles such as New York’s Cassatt Quartet and the Canadian new music ensemble Orkestra Futura. Cat belongs to the New York City Emerging Composer’s Collective (NYCECC). Accolades include a JUNO Award for Best Instrumental Album of the Year 2013 and a Western Canadian Music Award 2016 with the co-led ensemble Pugs and Crows.

During her free time Cat enjoys running in Prospect Park, rock climbing with her husband and relaxing with her cats.

Idy Martin was born on the Pacific Coast of Colombia, South America, in a jungle region called Choco that was originally populated by marooned slaves and indigenous tribes. His cultural inheritance goes directly back to Africa. Because these proud people had to survive without the help of the white man, their resilience and survival instincts blossomed. During his childhood, he participated in musical gatherings where rhythm and harmonies characteristic of the ancestors were part of everyday life. Swimming in the unpredictable waters of the abundant river networks, fishing, climbing trees and running races made him into a dexterous and skillful sportsman. At an early age, he was discovered by basketball talent-seekers and trained to reach the highest level of Colombian professional basketball.

He holds a title in Physical Education and Sports applied to Medicine, a scientific technique in humanistic, social and investigative matters within the field of Physical Education. His interests include psychological aspects that promote the development of team-work in any field, inner healing, integral health, well-being, nutrition, time-management and sports for quality of life. He directed the Sports and Recreation Department for 30 government centers attending kids coming off the streets in Bogota, Colombia, and designed the first sports championship to include this sector. He volunteered with the Healing Colombia Foundation Music Therapy and Sports Program for Vulnerable Youth. Currently, he is an Entrepreneur, Investor and Owner of the GVSolutions Interpreting and Translating Agency in Colombia, and USA. During his years managing sound equipment, the installment of sound-proof booths for conference interpreting and logistics, he learned the importance of calibrating sound for professional purposes.

His ongoing interest in percussion and music have accompanied him throughout his professional and private life. When he became aware of Sound Healing, it was a natural step towards a new horizon where he immediately felt that all of his previous experience working with people, training teams, leading groups, imparting values and managing sound, could be expressed through Sound Therapy.